Manjuyod Sandbar which what I heard is the “Maldives” of the Philippines and that’s the reason why we checked it out. Manjuyod Sandbar is a 7kilometer stretch and I guess it’s the longest or largest sandbar in the Philippines, but please feel free to comment if you know something else. Manjuyod is located in Negros Oriental and can be accessed via boat for about 15 minutes from Bais or from Manjuyod.

Before the summer ends, though there’s no “summer” here in the Philippines as we only have 2 seasons the dry and wet season, we prefer to still categorize the months of April and May as “summer”; we visited 2 beautiful islands in the Visayas and one of it is Dumaguete.

It’s a 3-day trip, our 1st day was not really productive and we just watch Wonder Woman in Robinsons mall in Dumaguete while our second day we went to Siquijor and on the third day, it’s Manjuyod day! 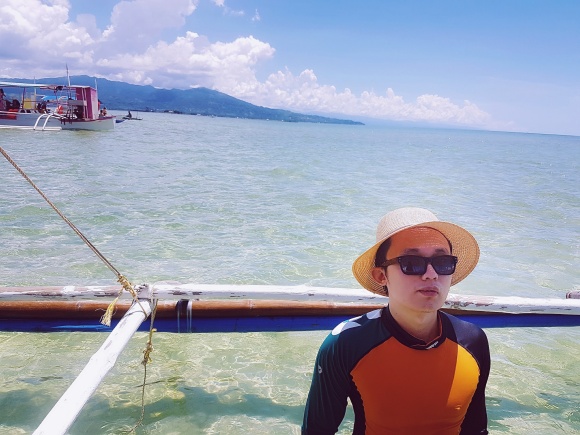 We went early (that’s the plan), though not really early since we went out in our Apartment around 8 AM.  We went to the bus station and took the bus with “Manjuyod” route. I don’t recommend this route, it is better if you’ll take the Bais route. Bais City is 45.8 km away from Dumaguete City and took you an hour ride versus if you’ll take the Manjuyod route which is 67.2km or 1 hour and 44mins (well it will take you more than that actually because the bus will keep on load and unload passenger for like every few meters which were so annoying).

It was high tide when we arrived, the best time is early morning until 9:00 AM according to the bangkero (boatman). Good thing a little sand bar showed for us to enjoy  🙂

According to Yen, one of my friends who had an experience taking the Bais route, that it is more convenient than Manjuyod since you’ll drop off at their market where you can still buy your foods if you like and there are a lot of options for the boat-ride (you know a healthy competition). What we took was the Manjuyod route for a change LOL, well for us to try and so I can give you a first-hand experience of how it was.

For Manjuyod route, you’ll drop off in the middle of sugar cane fields where there’s like a couple of tricycles waiting. It will shell you out an extra cash for the tricycle ride (good for 9persons), they’ll ask 400 pesos for the back-and-forth ride from that entrance to the “abandoned” restaurant. 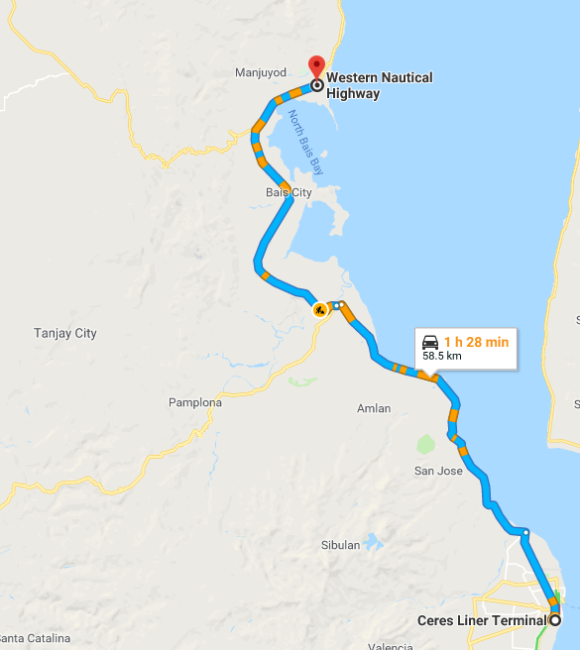 There were fewer options for the boat, in fact when we arrived it’s just one vendor offering for 2.5K for a small boat and dolphin watching is not included in that package. According to Yen, they got a whole package for like 3K and that includes tricycle transfer, boat ride, and dolphin watching when they where in Bais City.

I think the tourism office of both Bais City and Manjuyod should level-up their game and provide a better tourism experience because it seems like there’s no control yet especially for environment and vendors. Anyway, we enjoyed the sandbar, the sea, the sun, and the sand! You just have to be more patient on the bus ride. 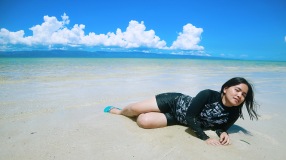 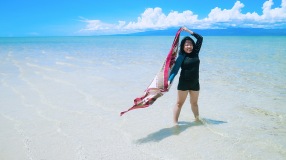 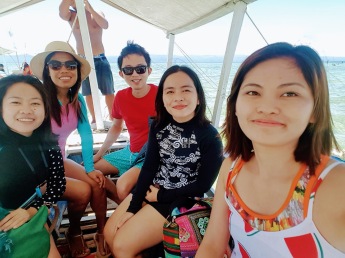